Where is Kashmir or Kashmir, what is the problem of Kashmir?

Kashmir, commonly known in Kashmir or Turkish, is the name given to a region located at the intersection of India-China-Pakistan borders. 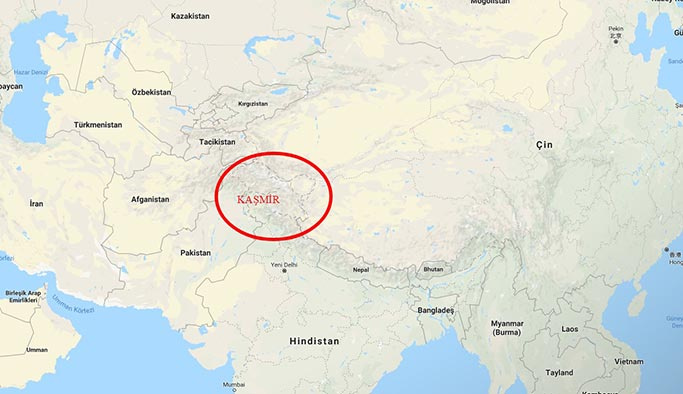 - Kashmir on the map

The northern and western parts of Kashmir, which is a mountainous region, are under the control of Pakistan, the central parts of India and the eastern part of China.

The region under China's administration in 1960 is called "Aksai China".

In 1948, the United Nations ruled that the people of the region would decide whether Kashmir would be attached to Pakistan or India.

In the referendum in the region, the people of Kashmir decided to join Pakistan. However, Kashmir's pro-Indian administration preferred to attach to India instead of implementing this decision.

The Pakistani government wants the referendum to determine which country Kashmir will be connected to, following the 1948 UN resolution.

Jammu is thought to have killed more than 70,000 people in the violence in Kashmir.

Where is Kashmir Kashmir

Who is Moncef Slaoui, where is he?

How much is the Muslim population in New Zealand?

Where is the New Zealand

Erdogan: Turkey will buy S-400, but also in Patriot's proposal to open